In 1994 she began to seek God about what her calling was.  Having all kinds of preconceived ideas about it, God surprised and delighted her when He revealed she was to ‘administer the oil of joy to replace a heavy-burdened spirit.’  (Is 61:3).  It was 1994 that she began hosting a women’s conference.  For many years she has hosted a fall general conference along with a spring women’s conference with people from all over Texas attending.

Annually since 2008 Pearlene has organized a team for Uganda Africa to minister in churches as well as outdoor crusades resulting in scores of salvations and healings.  She started a child sponsorship in order for hundreds of children to attend school there in Uganda.  Pearlene also oversees The 180 House of Prayer located in Snyder.  It is a 24/7 house of prayer available to registered prayer warriors.  Added to these activities, she has led a group of ladies to Guatemala annually to host a ‘Joy in Jesus’ retreat for women missionaries for 12 years and hosted a radio show for eight years.  His Joy Ministries has also ordained several people to help them carry out their calling.

Pearlene has husband Dale, who is a volunteer chaplain for TDCJ, three children and 10 grandchildren.  She enjoys wood working, playing the guitar and of all things, yard work!

Pearlene states that God took her up on her statement spoken to Him years ago:  “God, I’ll do whatever You ask of me to get the gospel of Jesus to the world.  I’ll write it, sing it, speak it.  Lord, I’ll even hum it if that’s what it takes.”  I’ve done them all!” she states.

(Written by Claire Gallegos)updated 8/17 His Joy Ministries, as you can tell, are after souls for the Father…souls to lay at the feet of Jesus… the reward of His suffering.

Welcome to His Joy Ministries. I am Pearlene Nolan. 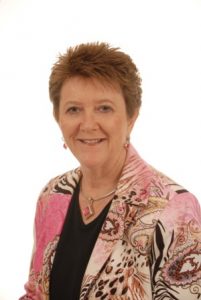 Welcome to His Joy Ministries. I am Pearlene Nolan.

His Joy is a growing ministry with a passion to bring souls to lay at the feet of Jesus, the reward of His suffering.

Received in loving memory of:

If you would like to make a donation in honor of or in memory of someone, simply CLICK HERE. Add the name in the comment area of the transaction.